Archaelogy and History confirms the Bible far beyond the ability of any scientific facts. For if the shovel can't prove the names and places or history doesn't reflect the civilizations named, one's skepticism would only be reinforced. With the Bible almost all these locations and civilizations name have been unearthed. In contrast, the historical and archaelogical proof for the Qur'an shows that Allah and Islam is only old Arab religion that was already in Medina long before the birth of Muhammad. The Book of Mormon declares that Native Americans descended from Jews – which has been disproven by DNA research. The Eastern writings also contradict true science.
Rarely has science and the Bible converged so DRAMATICALLY, as in the life of King Hezekiah of Judah.

Sodom and Gomorrah FOUND
The five cities of the plains of Sodom and Gomorrah have been located and the evidence is staggering.  For the first time in modern history we have found round balls of brimstone, or nearly pure sulfur, embedded in an ashen area near the Dead Sea, which show clear signs of having once been ancient building structures. Archaelogist have found that the residence were homosexual, exactly the same reason the Bible gave for the cities destruction.
Additional sites: Sodom Pictures, Sodom & Gomorrah Rediscovered, Sodom & Gomorrah
Ref: Images for semitic immigrants in egyptian tomb | ​Hyksos - Wikipedia | ​Egyptian tomb painting from the Middle Kingdom

Israel as slaves in Egypt
Ever since the movie "The Ten Commandments", which portrayed Ramesses II as the pharoah of Egypt, everyone including archaeologist incorrectly assume that is the pharoah of the Exodus. However Ramesses II ruled 1279-1213 BC, while in 1Kings 6:1 states that Solomon's reign in 970 BC is 480 yr after the Exodus. This places the Exodus at about 1450 BC. This places the Exodus possibly near the tail end Thutmose II or inside Thutmose III reign. So it is with little wonder why archaeologist claim there is no evidence in Ramesses II reign for the Israelites being in Egypt. They are off by close to 200 yrs.
However when we investigate further Thutmose II reign it becomes clear that facts point to him being the Pharoah of the Exodus. 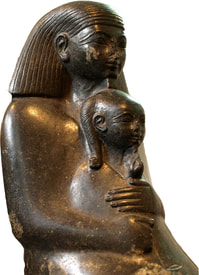 The limestone venere has fallen away exposing the inner core of millions of mudbricks.
Exodus 5:18-19 (KJV)
Go therefore now, and work; for there shall no straw be given you, yet shall ye deliver the tale of BRICKS. And the officers of the children of Israel did see that they were in evil case, after it was said, Ye shall not minish ought from your BRICKS of your daily task.​​

He had scarcely reached the age of thirty when he fell a victim to a disease of which the process of embalming could not remove the traces. THE SKIN IS SCABROUS IN PATCHES, AND COVERED WITH SCARS, while the upper part of the skull is bald; the body is thin and somewhat shrunken, and appears to have lacked vigour and muscular power.

Thutmose II is the ONLY Pharaoh's mummy to display CYSTS, POSSIBLE EVIDENCE OF PLAGUES which spread through the Egyptian and Hittite Empires at that time.  Thutmose II mummy (wiki)

​Exodus 9:10-11 (NIV)
So they took soot from a furnace and stood before Pharaoh. Moses tossed it into the air, and FESTERING BOILS broke out on people and animals. The magicians could not stand before Moses because of the BOILS that were on them and on ALL THE EGYPTIANS. 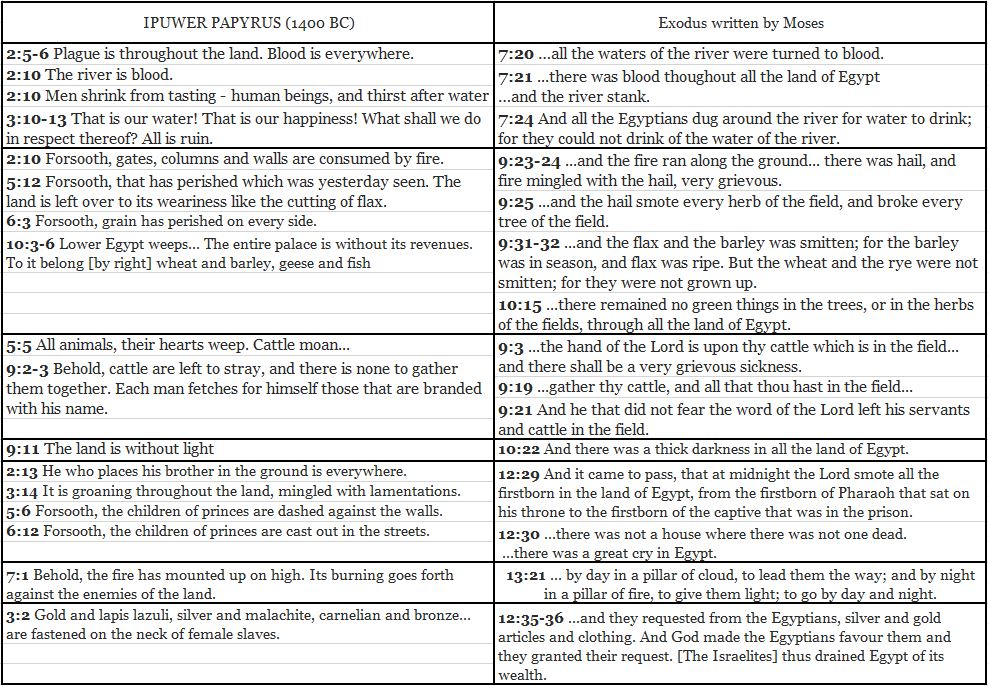 Additional Sites: UCG Portland Mini Study, Temple found in Philistine home of Goliath, Archaeologists uncover Philistine temple ruins in Goliath's hometown,
Few Biblical archaeology discoveries have attracted as much attention as the Tel Dan Stela—the ninth-century B.C. inscription that furnished the first historical evidence of King David outside the Bible. This in-depth chapter describes the historical moment when an excavation assistant stumbled upon the stela bearing the inscription in a newly excavated wall.

Proof of the Roman Crucifixion of Christ
Proof that Jesus died on a Roman cross or even that the method of crucifixion even exist, has been disputed by many who don't want to believe such a substitutionary death could even take place. However the Roman cross can be traced through history starting from the Persians and Assyrians who impaled people on sharpened upright stakes to the Greeks who picked it up from the Persians. Finally the Romans picked it up from the Greeks and added the horizontal crossbeam to increase the agony, torture, pain, and length of the execution.

Roman's practice of crucifixion is now an established historical fact with documents of the crucifixion of Spartacus by Roman historians. Even our English word "excruciating" comes from the Latin word for crucifying, excruciātus. Historical proof of the lethality of the Roman crucifixion can be seen in the records of Josephus, who found 3 former acquaintance crucified after the siege of Jerusalem. He begged Titus, who immediately had them taken down. But despite the best physician's efforts 2 of the 3 died. That understood, the question of whether there is historical evidence that Jesus of Nazareth even went to the Roman cross can be dealt with. For this we look to Roman historians themselves.

​
Obviously Jesus did walk history and was crucified as the "prophets of God" in the Old Testament Bible had foretold. Interestingly enough it is also recorded that He rose again after 3 days and appeared to many, just like the Bible records. 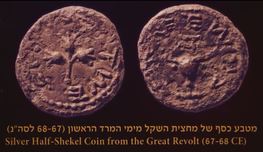 More Artifacts than Room to Cover
There are numerous biblically related artifacts in the British Museum located in London. They are breathtaking to see. Even though you may never be able to go to London, it is possible to log on to the museum website (www.thebritishmuseum.ac.uk) and see pictures of the artifacts. Many are being unearthed daily on the Temple Mount. Here is a short list of some of the more important treasures of antiquity:

Conclusion of the Matter
This is not even all of the historical proof that the Bible is 100% historically believable and correct. One archaeologist summed it up rather well when he said "The shovel confirms everything the Bible has written." Archaeology and historical records all proves the Bible 100% historically accurate ,in perfect detail. Therefore we know we can trust the Bible with even more important matters.

The Bible says that ALL men with out fail have sinned and fallen short of the glory of God. Yet the Bible says that while we were yet sinners Christ Jesus died for us to give us forgiveness of ALL our sins, if we but accept Him by believing in Jesus as our Savior. By this way the very REAL God of the Bible provided a way for all men to be made right with Him.

​If the Bible has never been wrong about history, can it be wrong about our spiritual situation? Won't you accept Jesus today by praying this prayer and believing on Jesus?
Additional Artifacts of History:
Archaeology Confirms The Biblical Account\ Bible and Archaeology-Online Museum-50 artifacts\ Archaeology Always Confirms the Bible\ Jehohanan Crucifixion\
Archaeologists are digging up bible stories!!!\ In a stone box, the only trace of crucifixion\ A Surgeon's Perspective\  Massive Gate Found in Goliath’s Hometown
Powered by