Climate Change was once referred to Global Warming. This was changed when it was recognized by scientist that from 2016 onward the temperature of  Earth was actually COOLING. We are trying to cut our CO2 emission to zero because it is ONE of the Global Warming gases.
FACTS about Greenhouse Gases & Climate Change
Scientific FACTS about CO2
CO2 is the main greenhouse gas they say we need to cut out in order to stop climate change. Yet all scientist concede that CO2 is only a small amount of the total greenhouse gases that causes climate change. Water Vapor makes up 80-95% of the total greenhouse gases, with CO2 only being about 4% of the total. On top of this man's contribution to the CO2 total is only about 3-4%, which means cutting all human CO2 contributions (including breathing) would do squat to the greenhouse gas total.

BIGGEST LIE TOLD: The USA is the biggest polluter in the world
FACTS: China has surpassed the US and the world since 2005
This has been known for years and yet no one from Greta Thunberg to the UN is willing to acknowledge this fact. The fact is they want have been calling for all countries to lower their emissions while China not only overtakes them all in CO2 emissions but is more than all of them combined.
Our Renewable Energy Help but Can't solve our Problems
FACTS about Wind Energy: FACTS about Solar Energy FACTS about Hydroelectric Power FACTS about Natural Gas (methane, CO) [Obama accurately called Natural Gas a BIOfuel] 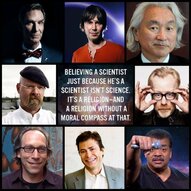 Concluding Thoughts (You've been LIED to.)
Based on the facts alone Climate Change occurs in cycles, are based mostly on SOLAR ACTIVITY (SUN SPOTS-SciAmerican) and very little on CO2, and humans contribution to it is imperceptible 3-5% of total global CO2.  Attempt to demonize all fossil fuel usage falls flat especially when Natural Gas burns clean and can be made renewable. What is more environmentalist like Al Gore who preaches cutting human's carbon footprint to zero, when his own Gore's mansion in Nashville uses 20 times as much energy as the average American household. Basically the whole Climate Change issue is a big LIE and only has a consensus in favor only because there are billions of $$s being paid out to those who would manufacture proof.

Meanwhile the solutions of Wind, Solar, and even Hydroelectic power is INSUFFICIENT to generate enough power for the most green amount of usage. It would seem that the environmentalist do not care about humans nor a solution but are hell bent on killing off the human race by denying it the use of any resources to keep itself warm and alive. Definitely the answer is not to the environmental extreme of no use, nor to the rampant misuse as seen in China that pollutes the air of their cities to the point of a nuclear winter. However the best source of energy would possibly be found in the efficient, reliant, and far safer nuclear power.

The Bible doesn't teach a no use policy, because at that point our environment becomes our master. And it is a cold, uncaring master at that, caring not if humans freeze to death or not. Rather in God's word we are REQUIRED to exercise dominion and subdue the earth. Use it for the good of mankind but don't abuse it. In the end that is the only sane position to hold.
Powered by