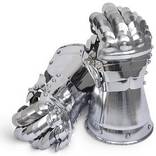 ﻿The Challenge﻿
Many who don't believe Bible as the inerrant word of God refuse to accept anything the Bible that explains God, which makes it extremely to address the presence or existence of our God which is within the pages of the Bible. Instead they challenge us to prove God's existence without the assistance of our Bible. At first glance this seems to be a foolproof way to silence Christians, as we depend so much on God's word to help us. We can deal with people who try to discredit the Bible with the backing of archeologist and historians who all agree with the veracity of the Bible. However take away our primary source book we seem to falter.

So the gauntlet has been thrown and the challenge made. So do we accept? I, who have seen science to be in 100% agreement with the Bible, hereby accept the challenge and will hereby strive to prove God's existence with the laws of science and physics ONLY.
Applied Laws
Conservation of mass-energy - also known as 1st Law of Thermodynamics(1785) (The Conservation of Mass-Energy, Law of Conservation of Mass & Energy)
The total mass-energy of a closed system remains constant. [You can't get something from nothing]

Law of Entropy(aka Chaos) - also known as the 2nd Law of Thermodynamics
The universe ALWAYS tend toward greater and greater entropy. [Things are getting more chaotic]

Law of Biogenesis  (1864) (Biogenesis)
Living things come only from other living things. [life does not arise from non-living material(aka spontaneous generation)]

We know ALL these laws apply to the universe at the beginning because the universe even to this date is counted as a closed system. Of course there are many more laws of physics & science(c) but we know in order for a law to stay a law it can at no time conflict with any other law in existence.
REF:  Laws of Physics, Laws of Science
"La génération spontanée est une chimère" ("Spontaneous generation is a dream"). - Louis Pasteur

Big Bang story
According to the Big Bang theory, by definition, NOTHING existed prior to the beginning.. Then out of the nothingness a tiny speck, which was a spinning singularity, dubbed by many as the Cosmic Egg.  The singularity exploded and over billions and trillions of years the gravity of the dust and gases slowly attracted one another to create stars and galaxies and planets, that are to this day still expanding outward from that initial explosion.
Where did this new matter come from to tip the repelling force to be greater than the gravitational force? According to Newton's law of motion, as long as there is no outside force the opposing forces should remain in equilibrium and stay as a singularity indefinitely. What was this outside force? 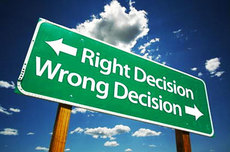 The Dilemma We Face
Despite atheist's and agnostic's desire to avoid admitting there might be a God, that is the only logical explanation for the physics and science behind the Big Bang. What other explanation satisfies both laws requirement for someone outside the normal universe to have added energy or matter that was unnatural to the nothingness state of the universe?

This obviously leads to a more important question for every single human. That is: If there is a God that created everything, including me, do I have to one day stand before Him and give an account of my life to Him? The answer is yes and this is where the Bible comes in. According to this God who made everything, we all are sinners who rebel against his natural and morale laws, which he has placed within every one of us humans.
Fortunately for all of us, God didn't just leave us as sinners worthy of Hell because of our thoughts, intents, motives, and deeds. Rather He made a way by having His own Son Christ Jesus pay our punishment for us and instead offers us life eternal with Him and His marvelous creations of the universe, as a free gift. All God wants us to do is accept it by believing in Jesus. You can start by saying this prayer.
Powered by