Origin
Replacement Theology, also known as supersession, is the idea that the Church has somehow replaced Israel. Many who hold to this idea refer to the Church as Spiritual Israel. The theology justifies the supposed rejection of Israel by God due to their rejection and crucifixion of Christ Jesus. Thereby all promises and prophecies originally assigned to Israel in both the Old and New testaments are seen as transferred upon the church. However Israel is seen as now the recipient of the curses of God. According to this school of thought Jews would have to join with the church to once again become part of God's chosen people.

This concept was not held by the early church until the 2nd or 3rd century. The Roman Catholic Church long embraced this concept. Hence most Protestant churches have held this theology, even after they broke away. Many of the Protestant reformers also held this view, due to their theological upbringing from Catholicism. Most notably, Martin Luther himself held such a disdain for the Jews due to their role in the crucifixion, that he stopped just shy of calling for their complete annihilation. His views would later be quoted by Hitler to justify the holocaust.(a)

Interestingly enough Islam is also into replacement theology as well as they try to say that the promise by God to give the land of Canaan was actually given to Abram's first born Ishmael and therefore the Arabs (descendants of Ishmael).  Unfortunately this replacement theology, though different from that of the Church's is completely contrary to the word of God to Abraham.
a) http://www.youtube.com/watch?v=ZC_M_J3pGxk
http://en.wikipedia.org/wiki/Martin_Luther#Anti-Judaism_and_antisemitism
http://www.catholicarrogance.org/Catholic/Luther&Holocaust.html
http://en.wikipedia.org/wiki/Martin_Luther_and_the_Jews
Quotes:    “Several leading scholars of Middle Eastern studies and Islamic history have confirmed that the Palestinians do not have ancient roots in the area and are trying to invent origins for themselves that predate the Jewish people’s presence,” Where Did the Palestinians Come From, Anyway?

What justification do we have for replacement theology?

Interestingly there is very little evidence in the Scriptures to back up such a replacement of Israel by the church. Israel and the church were always identified as completely separate entities. The only justification most people have is the fact that Israel rejected her own Messiah, Jesus, when He came. Even after the crucifixion, when the gospel of believing in Jesus was preached by their own fellow Jews (the Church at Jerusalem), they still rejected it going as far as to stone Steven, the first Christian martyr. There is only one passage that can be pointed to, as supporting replacement theology.
Supersessionist would say that this "nation" would be the church. However in the Church, there is neither Jew nor Gentile, much less nations. This is not the biggest problem with the verse. The real problem with the verse that immediately discredits it, as replacement theology proof, is 2 verses later.
So Jesus was in reality saying the kingdom of God was to be taken out the Pharisees' and priest and given to another nation. Since when does the rejection of a nation's leadership equal to the rejection of the people of that nation. It would be like saying all Germans today are evil because they had Adolph Hitler for a leader some 60 years ago. Jesus and many others rejected the Pharisees, calling them a "brood of vipers" but he never rejected the Jewish people. If anything, He had compassion upon them because them because their leaders were not leading them properly. Therefore the rejection was only of the leadership of that time, not the nation as a whole.
Prophet after prophet foretold their scattering to the nations, slaughter by the sword, yet regathering as a nation and in the end save them when they accept Jesus as their Messiah. (Isaiah 10:20-22, Jeremiah 31:1-7, 31-34, Ezekiel 6:8-10, Daniel 12:1, Hosea 2:14-20, Joel 2:31-32, Micah 7:18-20, Zephaniah 3:12-13, Zechariah 12:10) All these prophets also make it clear that Israel would never stop being His chosen people as long as the sun and moon still existed. Woe unto any who try to worm themselves into this promise to replace Israel. 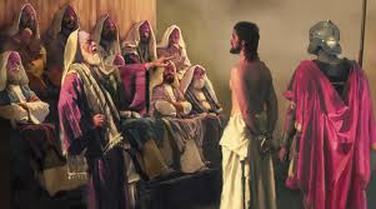 What about the Jew's rejection of the Messiah?
Many would point to Israel's continue rejection of their Messiah as grounds for God's rejection of them, even despite all the Old Testament prophet's attesting to just the opposite. But here again it was the Jewish leadership that rejected Jesus, not the all the Jewish people as a whole. Let's also look to the one who founded the churches to begin with, Paul, and see what he had to say about it.

Romans 9:4 (KJV)
Who are Israelites; to whom pertaineth the adoption, and the glory, and the covenants, and the giving of the law, and the service of God, and the promises;

As you can see the Israelites are still the people of God no matter what their actions. That is because God's promises to Abraham was unconditional. That means no matter what they do God still will not disown them. He might discipline them but He will not forsake them. Then we have the greatest warning from Paul concerning this kind of replacement mentality. 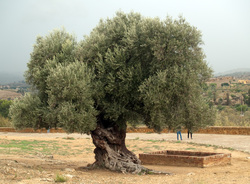 Is the Church and Israel clearly separated?

According to this verse, Israel(the Jews who did not believe in their Messiah Jesus) is represented by the natural branches broken off and the Church is represented by the wild branches grafted in. So the Church and Israel are clearly separate. Also Israel is made up of Jews only. However within the Church there is niether Jew nor Gentile. Instead we are one body under Christ, who is the main part of the tree.

You well also notice that only "some of the branches" were broken off, not all the branches. So only some of Israel who did not accept Jesus were broken off. That means parts of Israel are still connected to the Promise of the Messiah. Therefore if the whole of Israel isn't broken off, how can the Church replace Israel as a whole? It can't.
Lastly what is the Church grafted into? Many think we are grafted into the trunk which is Israel. This is wrong. We are actually grafted into Jesus who is the trunk and roots of the tree. We are heir's to the promise, which was the Messiah to come, Christ Jesus. This does not mean the Church takes the place of Israel. 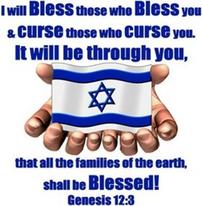 ﻿Isn't the Church counted as part of Israel?﻿

Galatians 3:29
29 And if ye be Christ's, then are ye Abraham's seed, and heirs according to the promise.

Many also try to place the Church in with Israel  by saying we believers are considered Abraham's seed. And since Israel is from the line of Jacob who descended from Abraham, that would place the Church and Israel together. However this too is incorrect as we are only partakers of the promised Messiah, Christ Jesus.

Abraham was known as a man who had faith in the God's promise of a Messiah. However Abraham was not Jewish because Jews didn't come into existence until the Mosaic Laws were enacted on Mount Sinai. So rather the seed of Abraham share his characteristic faith in God to provide a Savior to cover his sins. That is the only thing we share in common with Abraham. We are not partakers in the other promises that were made specifically to biological nation of Israel, namely the following two.

﻿What is the real danger of Replacement Theology?﻿
With all these attempts by so many to place themselves in place of Israel, one must wonder why? Part of the reason is because Israel is promised to be treated like the sons and daughters of God, with all the protections and benefits there in. Think if you will of a prince or princess of the King of Kings and Lord of the universe. Of course everyone wants in. But replacing the current children of the king is not the way to do it. In fact that amounts to treason.

Also more importantly this replacement theology suggests that God is not constant and rather He is a fickle god who can change his mind about who and who is not His chosen people.
Would you truly like to be adopted by God and be one of God's chosen people along with Israel? His promise is permanent and unconditional. All you have to do is believe in God's son Jesus, who died to pay for all your sins, making Him your Savior. Just pray this prayer and become a prince/princess of the God of this universe forever.
Powered by