One lesser know fact is that Mary worship didn't start with initial Church in Antioch. Rather Mary worship began in 431 AD with prayers being directed specifically to her in 600 AD.
(a) http://en.wikipedia.org/wiki/Weeping_statue, Apologetics - Rapture Ready
Mary the Sinner

The TRUE Mary only spoke a total of 4 times.  In one of those 4 times in Luke 1:46-48
In these passages alone many things become apparent. Far from the exalted Queen of Heaven Catholics exalt her to be, Mary herself sees her "estate". She not only fully indicates she is a servant when compared to God, nowhere close to being at the same level as God or Jesus as the Catholics attribute to her, but also in need of a Savior that God is. If she needs a Savior, that would mean she needs saving from her sins. This is a full confession of her sinfulness and dire need of the Savior, Jesus Christ.

Mary had to give a sin offering:
This is for the sin offering mentioned in:
Far from the immaculately conceived and sinless person that gives her the right to be a mediator, we see rather a sinful woman who not only recognized her need for a savior but also offered the sacrifices, admitting her own sin. She might have been blessed because received the privilege of carrying her Savior in her womb but she couldn't even save her herself from her own sins, let alone anyone else's. But she was still a sinful woman needing a Savior. 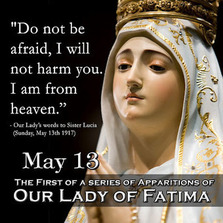 Her Instructions to Mankind

Also in John 2:5 her instructions to other humans, in this matter is simple.

Why not, do whatever I tell you, if she is supposed to be co-redeemer and part of the Trinity? Because Mary knew only Jesus could do what God did. Again far from what the Mary apparitions instructing us to do what she says and to follow her, the true Mary of the Bible told us to follow Jesus’ instructions. One can only wonder if there is something demonic posing as Mary, who would instruct us in a way so diametrically opposed to what the real person had said in life.

The Ever Virgin?
So much for Mary being a virgin still. Obviously she and Joseph had many children after the virgin birth of Jesus. 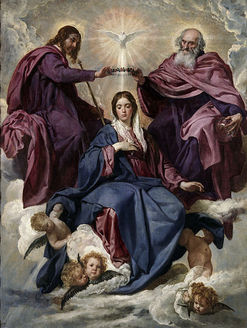 What few know is the term 'Queen of heaven' only started in the 11th and 12th century. Also a lesser known fact was that this title is used twice in the Bible but not referring to Mary.

Jeremiah 7:18 (NRSVCE)
18 The children gather wood, the fathers kindle fire, and the women knead dough, to make cakes for the queen of heaven; and they pour out drink offerings to other gods, to provoke me to anger.

This title referred to Ishtar, an Assyrian and Babylonian goddess also called Ashtoreth and Astarte by various other groups. She was thought to be the wife of the false god Baal, also known as Molech. The motivation of women to worship Ashtoreth stemmed from her reputation as a fertility goddess, and, as the bearing of children was greatly desired among women of that era, worship of this “queen of heaven” was rampant among pagan civilizations. Sadly, it became popular among the Israelites as well and now Mary adorers everywhere today.

a) http://en.wikipedia.org/wiki/Astarte,http://www.britannica.com/EBchecked/topic/39661/Astarte,Goddess in the Spotlight

Mary the Idol
Instead of encouraging the use of statues in religious context. The Catholic Scriptures actually forbids even creation of such idols much less allowing the worship of them. Clear and simple, idols/statues are not to be made nor worshiped. PERIOD.

Mary the Co-mediator?
One of the Catholicism's greatest scholars, Anselm the archbishop of Canterbury (AD. 1033-1109), said of Mary:
So why the sudden change in stance, if not to draw away the true believers, if that were possible?
Last time Mary is mentioned is:

Notice, she was praying along with everyone else among women not above women. And she was a sinner who needed to pray to God. There is no mention of an ascension anywhere in the Scriptures, either. So if she is not up in heaven, how can your prayers be heard by her. If she is not a mediator between man and God what use is it to pray to her? Clearly church tradition has replaced the true mediator Jesus Christ with an impotent mediator a mortal woman back only by myths and legends. Would you like to know the REAL mediator, Jesus? For only He and He alone can save you, allowing you into Heaven to be with God.